Velletta Pedersen Christie’s lawyers are based in beautiful Victoria, British Columbia, Canada. Our attorneys provide powerful, professional counsel to clients across Canada and around the globe.

We know the law can be confusing so we have filled our web site with Information You Can Use. If you have been injured, are considering selling or purchasing property or want to do business in Canada, we have the expertise to help you.

We also offer help with family matters, wills and estates, real estate, wrongful dismissal and most legal problems faced by individuals, families and businesses. We welcome referrals from other lawyers.

Our attorneys work to resolve cases quickly and efficiently. Most clients never have to go to court. But we will not hesitate attending court to protect and enforce your legal rights when required and instructed to do so.

Please remember, in every jurisdiction there are strict time limits for bringing claims. Some expire within days or weeks of an incident. Others can be years. If you miss a limitation, your claim can be lost forever. So never hesitate when it comes to finding out about and enforcing your legal rights.

In 1982, the Firm opened a small office on Government Street in downtown Victoria. April 15, 1982, the Canadian Charter of Rights and Freedoms was proclaimed as the Supreme Law of the Land.

Within weeks, Mr. Aaron Gordon was involved in some of the first lawsuits to rely on the new Charter. Those precedent-setting cases began our long tradition of standing up for our clients—individuals, families and businesses.

Since then, the firm has grown, adding skilled lawyers and staff to meet your needs. We employ the best available technology to deliver legal services locally and around the globe.

In 1996 we moved to 852 Fort Street, a modern building conveniently located in close proximity to the Court House. Ten years later, the firm had outgrown this location as more lawyers and staff joined the Velletta & Company team.

In July of 2006, we moved to our current location of the 4th floor of 931 Fort Street, close to the Court House and most major Government offices and Registries. We designed our offices to be attractive, efficient, and accessible to all our clients. We want you to feel welcome as soon as you enter our reception area. Our new offices include a spacious boardroom, waiting room, and light-filled offices. 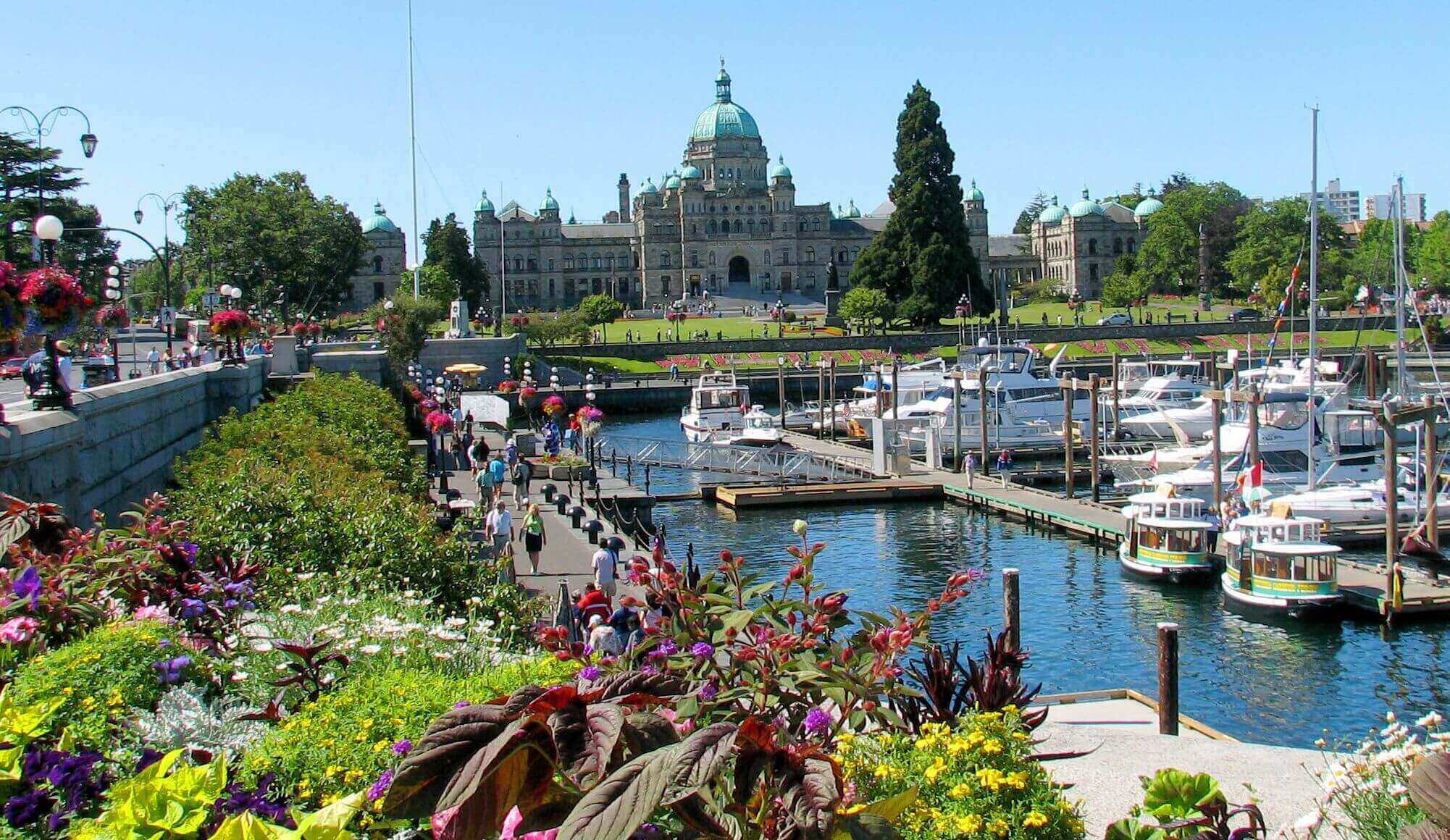 Victoria, British Columbia is the most favoured city in Canada. Summers are warm but not hot, winter temperatures rarely drop much below freezing and the air blows in clean and fresh off the Pacific Ocean. Cruising, fishing, and golf are year-round activities.

Victoria is located at the southern tip of Vancouver Island just off the West Coast of Canada. Victoria is the capital city of British Columbia, the Canadian province that stretches between Alaska and the continental United States. It is located to the North of Washington State.

Victoria is easily reached from both Seattle, Washington, USA, and Vancouver, British Columbia in about half an hour by air or two to four hours by sea. Victoria’s attractive lifestyle has drawn a number of cyber-businesses to the region. They operate both locally and globally from bases on the South Island.