Evicted for Landlord's Use: Recent Amendments to S.49 of the Residential Tenancy Act

British Columbia’s Residential Tenancy Act (RTA) has received amendments earlier this year, primarily concerning notices to end tenancies issued by landlords on the basis that they require the rental premises for their own use. Like the series of amendments to both the Act and its Regulation in late 2017 that prevent landlords from signing “vacate clauses” (or “true” fixed-term tenancies) and applying for additional rent increases in most circumstances, these amendments mainly aim to protect the rights and interest of tenants.

Section 49 of the RTA allows residential landlords to unilaterally evict tenants on the following three reasons related to landlords’ own use:

All of these reasons remain untouched by the amendments. However, the three requirements for any s.49 eviction—notice, opportunity to dispute, and compensation—have all been increased in favour of the tenants.

Notice and Opportunity to Dispute:

Previously, the notice for evictions on all three reasons is two months, but the amendment has extended the period for renovation or demolitions to four months. The window of time the tenants have to appeal these notices before the Residential Tenancy Branch (RTB) has also been extended to 30 days after receiving the notice for renovation/demolition evictions, and 15 days for the first two.

It is the landlords’ duty to compensate tenants for one month’s rent for s.49 notices remains unchanged, but a new penalty for failing to provide tenants evicted on the basis of renovations/demolitions the right of first refusal has been imposed in s.51.2-3. The right of first refusal refers to the tenant’s right to enter into a tenancy agreement at the same unit after renovations are completed. This penalty is a steep one, equivalent to 12 times the monthly rent, which is also the newly prescribed amount if the tenant proves that an eviction under s.49 was not issued in good faith, i.e. the landlord did not begin using the unit for stated purposes for at least six months, within a reasonable time after ending the tenancy.

By implementing these harsh provisions in place, the provincial government intends to curb landlords’ contravention of the RTA, and incentivize tenants to take them to dispute resolution at the RTB when it is discovered. However, owing to the recency of these amendments, as well as the RTB’s sporadic additions to its decision database, we have yet to read a decision that invokes these updated provisions.

However, one of the most recent decisions concerning compensation for a s.49 eviction sheds some light on instances where the landlord issues notice on the basis that they will return to occupy the unit. In Decision 7033, heard in November 2017, the applicant tenant alleges that the landlord has not moved back into the unit after she moved out. However, the arbitrator wrote that:

“… In my view a rental unit is occupied by the Landlord providing they are using it for a personal purpose, even if that purpose is simply to store personal property.”

In time, as more decisions concerning s.49 evictions become available, the public will be able to gain a better idea of how these disputes are resolved, but should keep in mind that RTB decisions are not binding on future hearings.

The provincial government’s Rental Housing Task Force is hosting community meetings across the province to gather ideas for further amendments to existing tenancy legislation, which will be reported to the Premier and the Minister of Municipal Affairs and Housing in fall 2018. 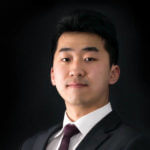 Written by Wen He

Wen is interested in many practice areas including civil litigation, property, and family law. He is equipped with a unique cross-cultural perspective and skillset, having spent his youth in Beijing, China. He speaks Mandarin with native fluency and maintains a legal education column on a local Chinese newspaper.